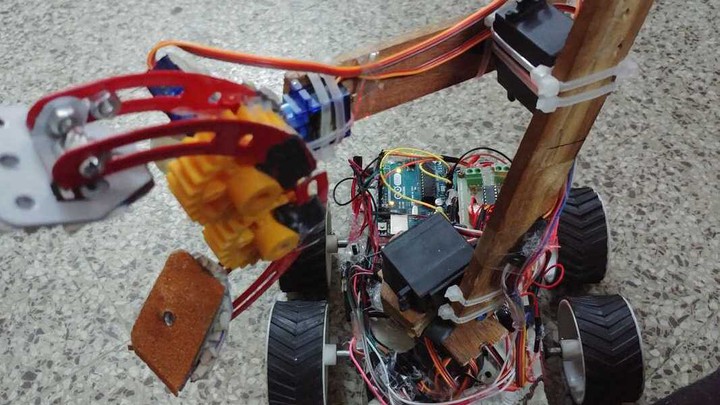 •Aimed at developing a wirelessly controlled robot capable of moving objects.
•Developed a 3 DoF servo controlled arm with a gripper end effector for Pick-and-Place mechanism.
•Used 2 Arduinos for controlling arm and motion independently.
•Used a single channel relay for optimizing power consumption by switching off the arm when not in use.
This project was presented for AXIS(Technical Event at NIT-Nagpur), 2017 and was awarded a prize for innovative design.

Robots are widely used in manufacturing, assembly and packing, transport, earth and space exploration, surgery, weaponry, laboratory research, and mass production of consumer and industrial goods. A Robot equipped with a Pick-and-Place mechanism can be used for numerous applications. The gripper mechanism was created using two spur gears with one fitted to a servo and the other to a dead-axle. Four additional servos were used to create the robotic manipulator arm. 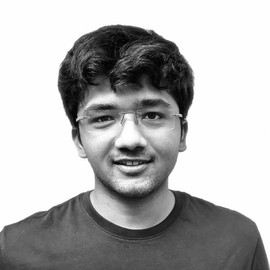